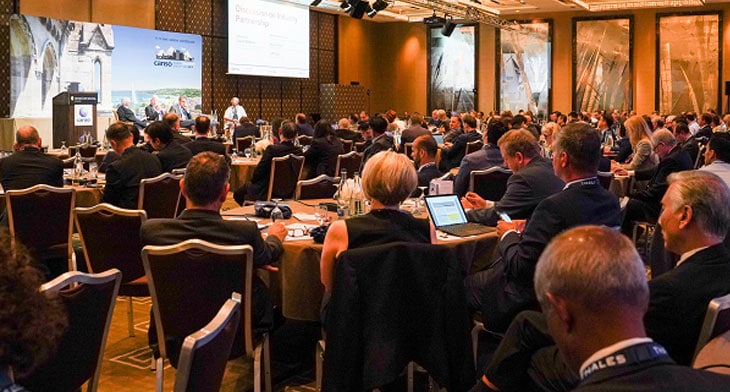 The other expectations included sufficient capacity in the face of rapidly growing air traffic, and greater transparency, consultation and collaboration between ANSPs, as well as between ANSPs and stakeholders such as airlines and airports, he added, “Only through co-operation and harmonisation can ANSPs remove the invisible borders in the sky that do so much to limit the efficiency and capacity of the system.”

During the event CANSO signed a memorandum of understanding with IATA on enhancing airspace capacity, integrating new airspace users such as drones, implementing air traffic flow management and other areas of collaboration.

She also highlighted that the impact of aviation noise on local communities was a major concern for airports and said she was pleased CANSO and ACI were currently working on a joint publication on managing noise.

CANSO members agreed a resolution to: modernise ATM, increase capacity and improve operational efficiency, as well as to push regulators for more effective performance-based regulation to speed up implementation of new technologies and advocate for an integrated approach to airspace management. In addition to, enhancing global interoperability by pursuing the adoption of open source system standards, and ensuring an understanding of the proactive actions that the ATM industry is taking to meet the challenges of today and prepare for the challenges of the future.

Members also approved the creation of a new, separate intermediate Membership category for Specialised Service Providers, defined as “any organisation that provides services intended to avoid collisions between airborne capable vehicles (manned and unmanned) and to maintain an orderly flow of air traffic.”

The event also hosted the inaugural CANSO Award of Excellence in ATM 2019, which was presented to Aireon, NATS and NAV CANADA for their joint project to deploy space-based ADS-B in the North Atlantic. CANSO members voted for the winner following presentations by the six shortlisted nominees at the CANSO summit.

“The word ‘game changer’ is often overused but space-based surveillance really will transform ATM performance and I congratulate Aireon, NATS and NAV CANADA on successfully implementing it over the North Atlantic,” commented Jeff Poole, CANSO’s then director general. “It addresses three of our industry’s significant challenges: improving safety through 100% surveillance of aircraft; improving capacity as it allows ATM safely to reduce separation distances; and contributing to seamless airspace by optimising flight paths, routes and tracks.”

During the AGM, Simon Hocquard was appointed as director general of CANSO, following Jeff Poole as he completed his tenure.

Hocquard previously served as CANSO deputy director general and commented: “With new technologies transforming ATM performance, new airspace users such as drones, and growing air traffic, the industry faces many challenges. I relish the opportunity to lead CANSO and help guide the ATM industry as it faces and successfully manages these changes.”