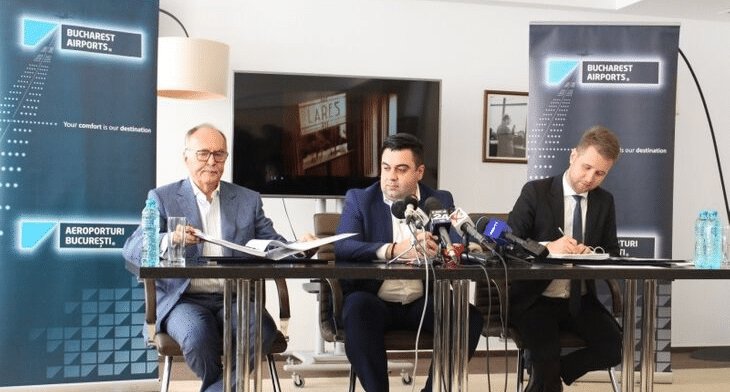 Bucharest Baneasa Airport to be refurbished

The Bucharest Airports National Company (CNAB) has signed a contract for the rehabilitation and refurbishment of the interior of Bucharest Baneasa International Airport.

According to reports, the secondary airport of Bucharest was previously a hub for domestic and low-cost carriers, but has not operated commercial services in the past seven years.

At the end of September the contract was officially signed for the rehabilitation of the interiors of the buildings A and B, and the roundabout of the airport.

The contract was assigned to SC Bog’Art SRL (association leader) and SC UTI Grup SA (associate) and is worth approximately RON 55 million Lei.

The design period is expected to be two months, while the execution period will be six months.

Minister of Transport Razvan Cuc said he will pay visits to check the status of the work and stressed that the work schedule and quality standards would be strictly monitored.

Reports also quote CNAB director, Alexandru Ivan as commenting: “We are submitting these projects so that Baneasa Airport will be fully operational by the spring of 2020.”