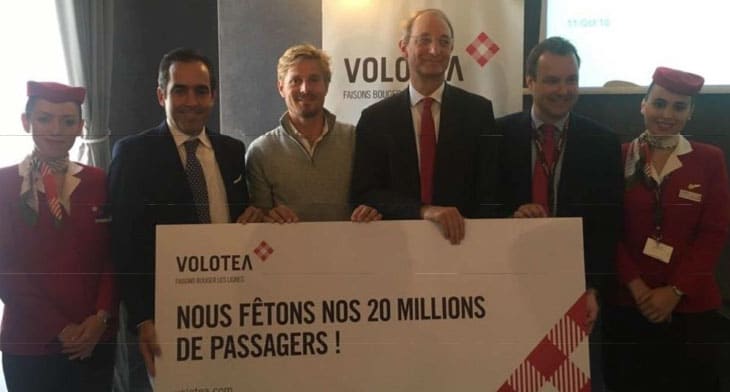 Bordeaux Airport will see a growth of its low-fare offering in 2019 with the low-fare airline Volotea expanding operations at the airport, adding a fourth based aircraft and launching three new routes.

“I am thrilled about these new announcements, which reflect Volotea’s dynamic role in our region!” commented Pascal Personne, director of Bordeaux Airport. “The airline has been constantly developing since its arrival in Bordeaux in 2012. In 2018, the number of Volotea passengers grew by nearly 30%. The success of the Bordeaux base and these new routes confirm that the Volotea airline is indispensable for Bordeaux Airport and all the travellers in Nouvelle-Aquitaine.”

In 2019 the airline offered 30 destinations from Bordeaux, including 19 exclusive destinations, and will base a new A319 aircraft at the airport.

Carlos Muñoz, founder and CEO of Volotea said: “We are very pleased to celebrate this new milestone at our Bordeaux base, where we already offer three European capitals: Madrid, Venice and the Valletta and where we are continuing to develop exclusive destinations.

“Vienna will be an ideal destination for classical music lovers and Pula and Lanzarote provide Bordeaux residents with new tourist destinations to discover with Volotea. We have also recently signed a partnership with the National Opera of Bordeaux to support the local culture in Bordeaux which is so dear to our hearts.”

The announcement of the new routes comes after a strong summer season for Bordeaux Airport, which saw more than two million passengers travel through the airport between June and September. The airport saw a rise in September traffic of 11.8% or 662,600 passengers, boosted in part by international routes which saw 19.2% growth with 397,000.

Bordeaux’s low-fare flights recorded a growth of 22.8% with 368,000 passengers, and the airport’s low-fare network looks set to continue to grow with the opening of a new base in 2019 of Ryanair.