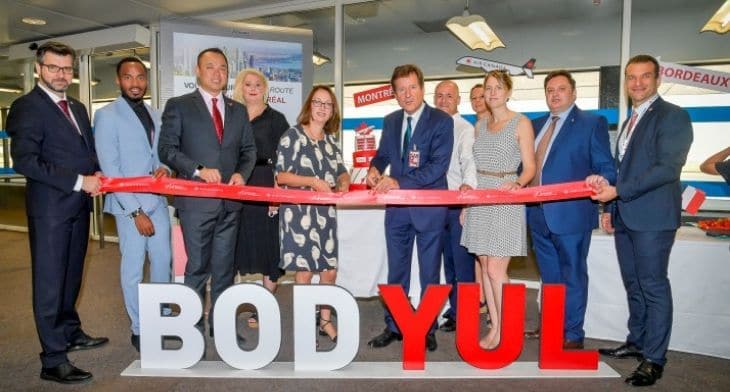 The flights will be served three times a week from 4 July to 8 September 2019 by Air Canada Rouge using a Boeing 767-300ER aircraft.

The flight schedule has been established to optimise connections with Air Canada’s American network, including major cities along the East Coast of America, such as New York, Boston and Philadelphia. It also also offers connections with Los Angeles, San Francisco and Dallas.

“As the only network airline to propose a non-stop, transatlantic service to Bordeaux, Air Canada strengthens its competitive position on the French market with the addition of a fifth destination in France,” said Mark Galardo, vice-president – Air Canada network planning.

“Our three weekly flights between Bordeaux and Montreal allow our passengers departing from the west of France to discover Canada and Montreal, and provide travellers from Canada unique access to the famous wine region and the popular New Aquitaine market,” he continued. “As well as playing a specific role linking Canada to many Francophone communities across the world, our Montreal hub is increasingly popular with American travellers who take advantage of Air Canada’s excellent connections to international destinations. ”