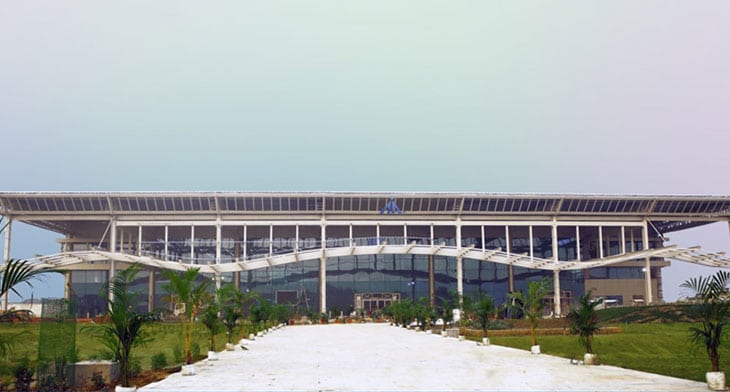 A new airport terminal has been inaugurated at the Bamrauli Airport in Prayagraj, India, which will enable the airport to handle 300 passengers at a time in peak hours.

Constructed by TATA Projects for the Airport Authority of India, the new terminal was built in 11 months and inaugurated by the Honourable Prime Minister of India, Narendra Modi. 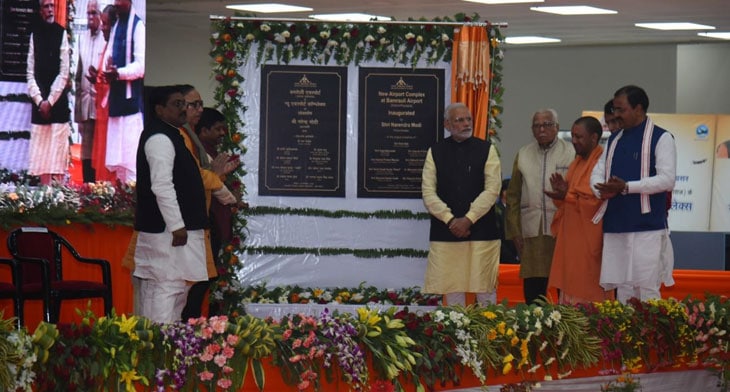 The Airports Authority of India (AAI) has developed the new airport complex at a cost of Rs.164 Crores.

The authority said the previous Civil Enclave at the airport was constrained with 0.8 acres and a small terminal building. The Government of Uttar Pradesh acquired and provided 50 acres of land to the AAI for the development of a new modern terminal building.

In the past Bamrauli Airport was connected to Delhi and Mumbai, but the AAI said the air connection was “intermittent”. However the airport has seen a boost in connectivity following the launch of the UDAN scheme. The airport handled 46,490 passengers during the year 2017-18.

The expanded airport will provide a more convenient travel option for tourists visiting the city and will also enable the airport to better serve pilgrims for the Ardha Kumbh, a Hindu pilgrimage which is to be held in Prayagraj, Uttar Pradesh in January 2019.

Speaking on the inauguration, the Prime Minister congratulated the Airports Authority of India on the “record time” of the construction and said: “The convenience of passengers from this terminal will increase, connectivity of Prayagraj from many cities of the country will also increase. I congratulate the people of Prayagraj on its advance.”