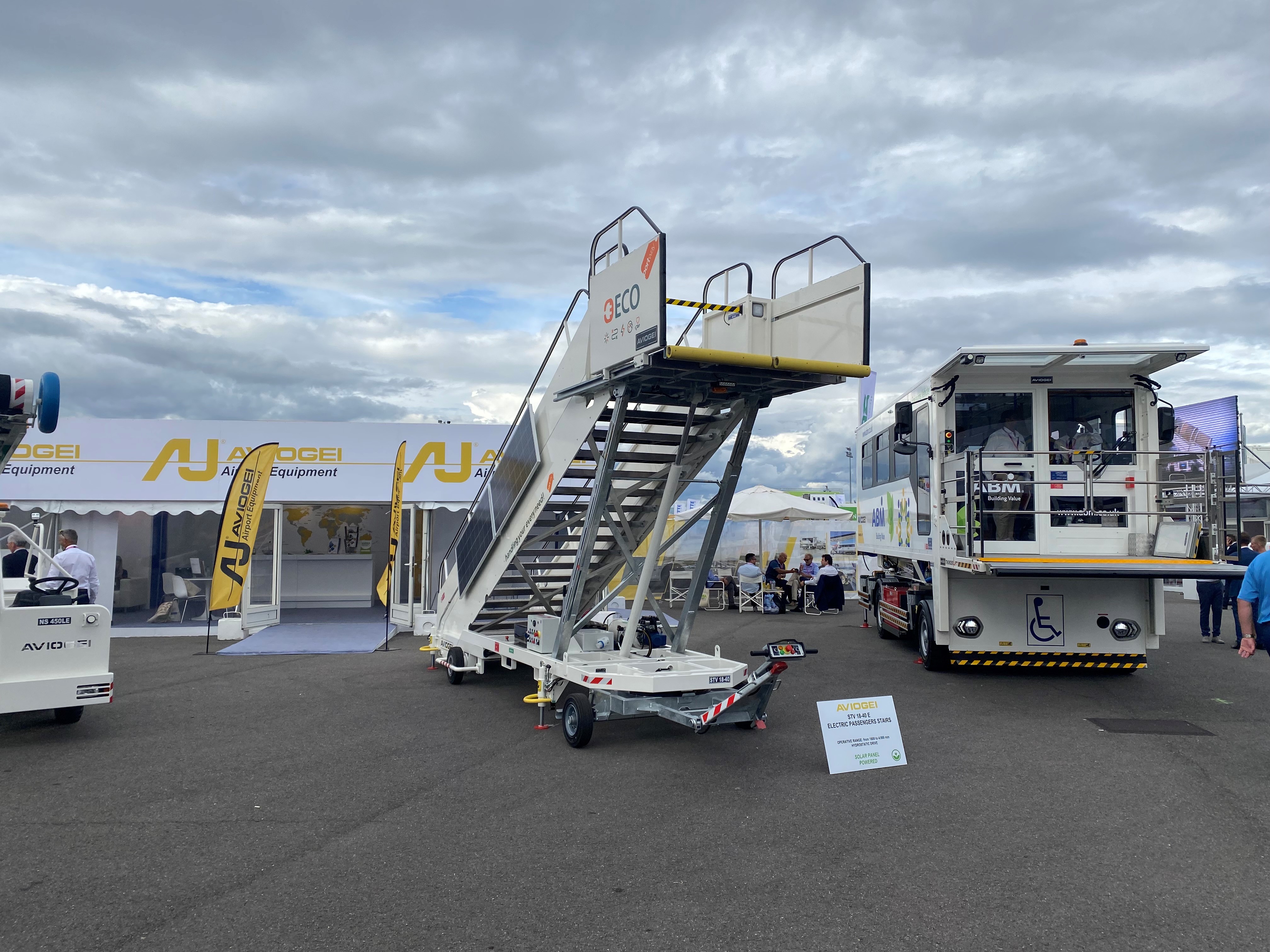 Aviogei Airport Equipment, the Italian GSE manufacturer, has returned from a successful GSE Expo in Paris where it was exhibiting its latest technological and product innovations, which included new solutions to support initiatives to decarbonise the ground handling sector, including alternative energy sources such as solar powered technologies, hybrid and electric vehicles and next-generation batteries.

Situated in the outdoor area of the exhibition space at Paris Le Bourget, Aviogei shared its 400m2 stand with Avio Green Services, which is owned by the same company.

With its equipment present in more than 180 airports in 110 countries worldwide, Aviogei used the show, which took place 13-15 September, to present a small-scale prototype of its hydrogen hybrid powertrain for GSE. The project has been developed in collaboration with the industrial electronics laboratory of the electrical and information engineering department of the University of Cassino and Southern Latium.

“The collaboration with the University of Cassino dates back to 2013, they year in which we designed the first hydrogen-powered vehicle,” said Franco Cesarini, President of Aviogei. He added that now the company intends to “consolidate our leadership position in the development and implementation of green solutions to accelerate the energy transition and allow our partners to achieve the challenging objectives of decarbonisation of their activities.”

Meanwhile, Professor Marignetti of the University of Cassino and Southern Latium, added: “Our researchers immediately believed in the effectiveness of the use of fuel cells for applications relating to vehicular traction and the production of electricity. The University of Cassino has always supported a policy focused on the diffusion of hydrogen as a clean and sustainable energy vector, the collaboration with Aviogei for industrial research projects on this issue dates back over a decade.”