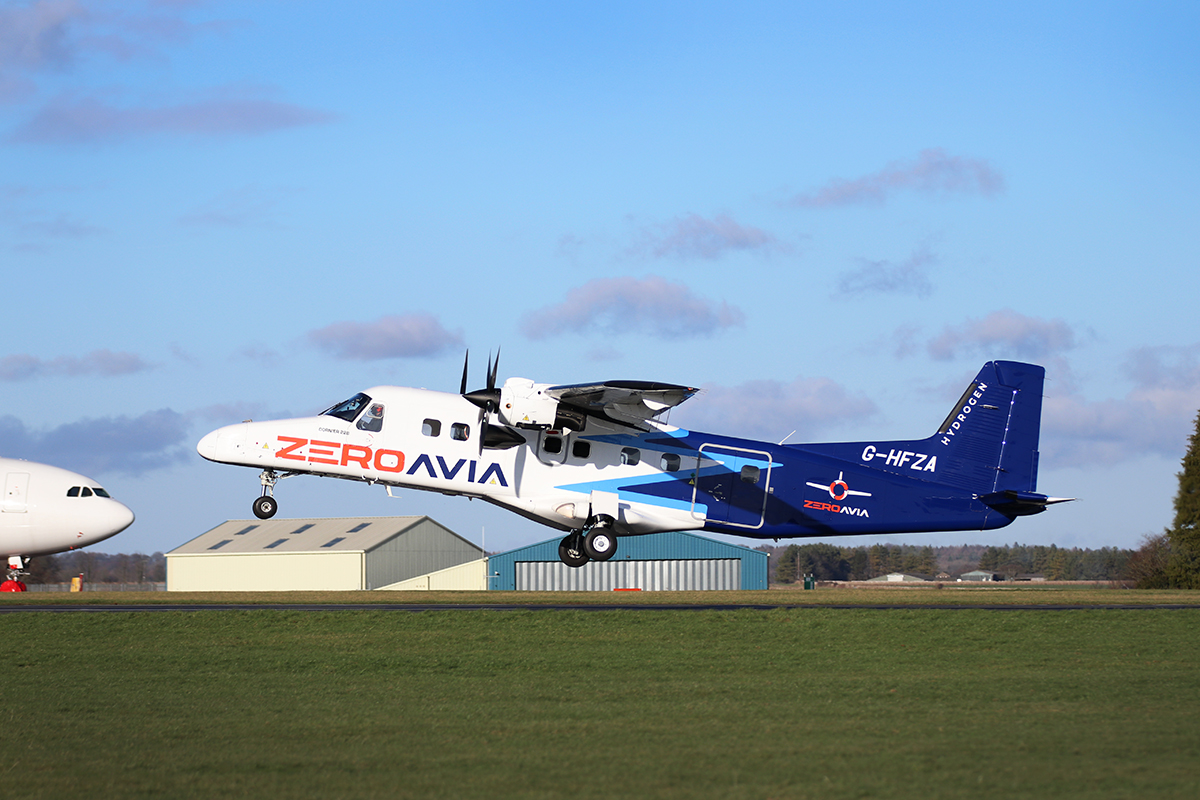 Cotswold Airport in Gloucestershire in the UK played its role in making aviation history on 19 January, when ZeroAvia flew the world’s largest aircraft to be powered by a hydrogen-electric engine.

The zero-emission flight was made on a 19-seat Dornier 228 testbed aircraft, retrofitted with a full-size prototype hydrogen-electric powertrain on the left wing of the aircraft.

The flight, which took off and landed at Cotswold Airport lasted 10 minutes and forms part of the HyFlyer II project, a major R&D programme backed by the UK Government’s flagship ATI Programme, which targets zero-emission flight.

While the twin-engine aircraft was fitted with ZeroAvia’s hydrogen-electric engine on its left wing, it featured a single Honeywell TPE-331 stock engine on the right. The hydrogen-electric powertrain comprised two fuel cell stacks, with lithium-ion battery packs providing peak power support during take-off and and adding additional redundancy for safe testing.

Following this test flight ZeroAvia now plans to have its certifiable configuration finalised and submitted for certification in 2023. ZeroAvia’s 2-5 MW powertrain programme, which is already underway, will scale the clean engine technology for up to 90-seat aircraft with further expansion into narrowbody aircraft demonstrators over the next decade.

Commenting on ZeroAvia’s milestone, Val Miftakhov, Founder and CEO, described the flight as showing “that true zero-emission commercial flight is only a few years away. The first flight of our 19-seat aircraft shows just how scalable our technology is and highlights the rapid progress of zero-emission propulsion. This is only the beginning – we are building the future of sustainable, zero climate impact aviation. Our approach is the best solution to accelerate clean aviation at scale.”