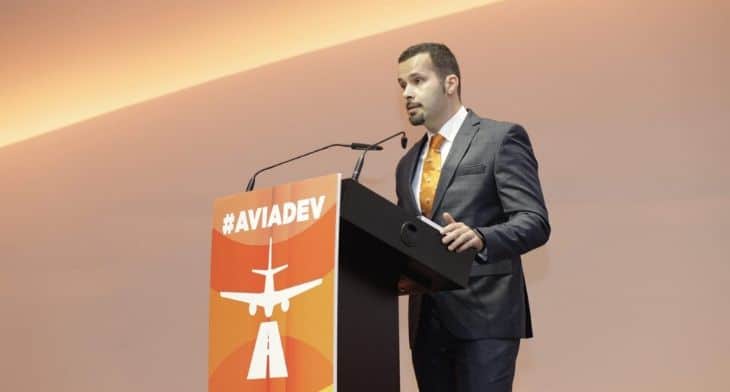 Regional airports in Europe are growing amidst an industry seeing huge transition and innovation, speakers told a bustling auditorium in Valencia as airports and airlines gathered for AviaDev Europe’s aviation development conference and networking event.

“We are all here because we are in love with this industry that keeps changing,” said Juraj Toth, managing director, AviaDev Europe, welcoming delegates to sunny Valencia, remarking that the industry is a challenging one, from economic downturns, to sustainability concerns and turbulent times with aircraft types, “that often hits smaller airports and airlines hardest.”

The event, though, offered airports a platform to share in the challenges as well as support growth and encourage collaboration between airports, tourism boards and airlines.

Setting the scene on regional airports in Europe, Iain Smith, director – key accounts for RDC Aviation, explored the benefits of flying through regional gateways for airlines.

Looking at the low cost airline route profitability throughout Europe, the company found that low cost carrier profit increased the smaller the airport. Larger airports offer too much competition for airlines trying to maintain market share, he said compared to smaller regional airports where the airlines have maintained their margins. RDC Aviation found that low-fare airline route profitability at the regional airports attending AviaDev recorded around a 10% profit margin, compared to a 6% average through the whole of their network.

Regional airports in Europe are also growing. Studying the regional airports attending AviaDev between 2006-2019, RDC Aviation found that these airports had grown 65%, outpacing the European total of 45%.

This particularly shows the resilience of regional airports, Smith argued, as the company looked at the airlines flying out of the attending airports in 2006 compared to 2019, and found that over 90 airlines flying back then are no longer flying, “To still grow capacity to over 60% is very impressive.”

Airlines can also benefit from less competition at regional airports, and have more opportunities for flying monopoly routes, as well as more schedule flexibility, Smith suggested: “Airlines should be looking more at the opportunities where they can fly not only profitable routes but offer routes from airports that either don’t have those routes or are underserved.” 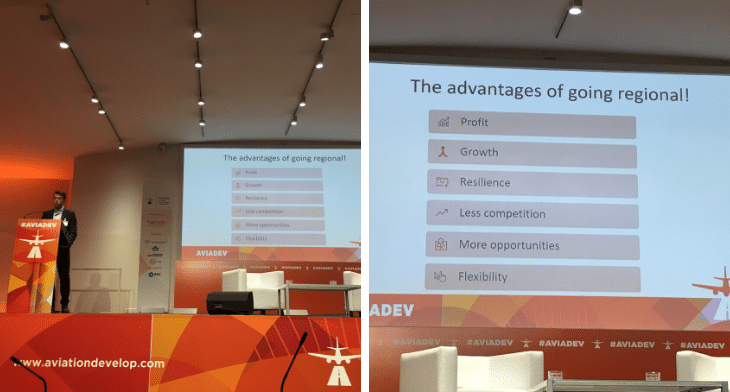 Introducing a panel on the challenges ahead for the European airline industry, John Grant, partner of MIDAS Aviation also provided some context on the market, touching on airline budgets, capacity constraints and regulatory concerns. Discussing airline balance sheets, he shared that struggling airlines are not out of the woods yet, as “we are likely to see probably 5 or 6 more airline failures by the end of February next year.” 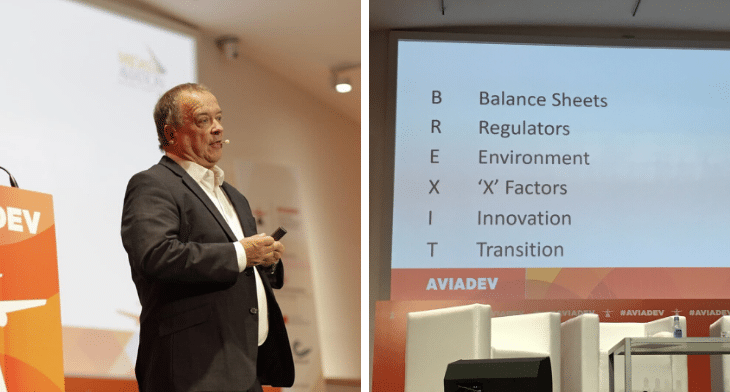 As an industry seeing incredible innovations, such as biometrics and AI, as well as an industry in “huge transition,” he challenged delegates to “Do something different” after the event to innovate their approach and continue improving.

All this, he remarked, culminates in the Brexit context, and it with this background context that panellists explored the challenges of the market, as well as the ways forward.

As with many industry events this year discussions on sustainability continued, Espen Steiro, director regional network for Widerøe, said that while aviation is relatively efficient, if the current growth path continues as expected, aviation will be a “much larger part of the problem” adding that: “It is not only about CO2 emissions and sustainability, but how we develop as businesses, as governments and customers care about these issues.”

With the potential for electric aircraft offering new possibilities for sustainability panellists saw an opportunity for hybrid, but raised the question of how the airport infrastructure could support these technologies – such as providing facilities for charging.

On the overcapacity of airlines in Europe, And Salt, head of network, alliances and fleet planning for Air Serbia said competition is a positive sign: “Competition pushes operators to innovate their products. You have to do what you do better, or add something extra. Find your niche and do it well.”

Route development was high on the agenda, with panellists of the ‘Turning around Route Development Challenges’ session sharing stories of route discussions that fell through or lasted years, and how perseverance and collaboration can pay off.

Detlef Döbberthin, manager aviation marketing, Münster/Osnabrück Airport, shared the turbulent times the airport had faced as it worked to replace routes dropped by airBerlin when the airline failed. These gaps were filled with the airline Germania, and the airport worked to develop markets with the carrier – until the airline also folded in February earlier this year. In just four weeks, the airline had secured a replacement in the carrier Corendon.

Luke Hayhoe, business development director, Stobart Aviation, gave some insights into the catchment areas of London Southend Airport, which reaches both a London and Essex area, but found that many people are unaware of the speed with which they can reach London from the airport, adding: “A common problem for regional airports is awareness from both customers and airlines.”

In the final panel of the day, unpicking the recipe for route developments in the ‘Secret to successful partnerships’ session, regional airports and tourism authorities shared their success stories and tips for partnerships.

Tourism Ireland, the tourism authority across nine international airports across the island of Ireland takes a strategic approach of regionality and seasonality, developing those regional connections and encouraging exploration of not only the major attractions, but the wider destination as well. 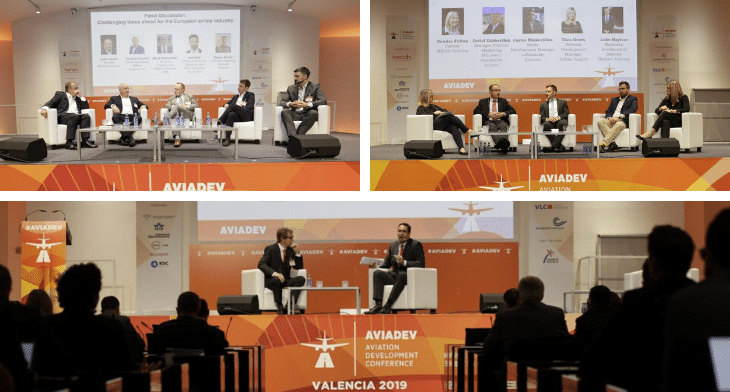 “Where our strategic objective overlaps with an airports route development plans is the sweet-spot,” commented Louise Finnegan, head of business partnership, Tourism Ireland. Questioned on cannibalisation of routes, she commented that though the airports might compete, “The prevailing attitude is that a rising tide carries all ships.”

Giacomo Cattaneo, director of commercial aviation, Milan Bergamo Airport and Zdenek Komenda, chief business development officer, Kiwi.com, shared the behind-the-scenes of the partnership between the airport and the virtual-interlining platform, which grew from an observation of how many self-connecting passengers were passing through the airport and how this could be supported through a professional partnership.

After all, as Francesc Colomer, regional minister for tourism, Turismo Comunitat Valenciana commented: “Tourism is the industry of happiness.”