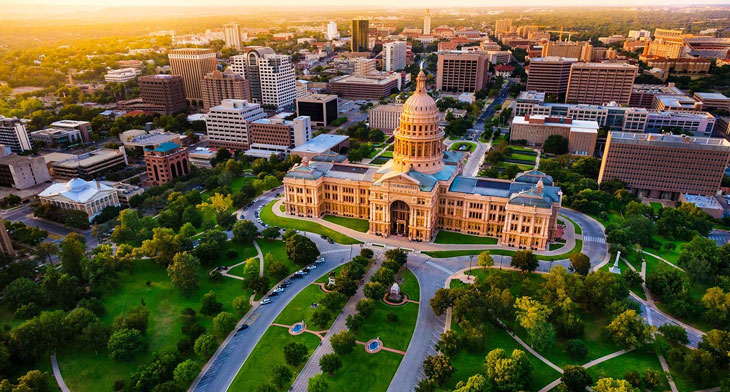 The daily nonstop flight is being operated by Canadian low-fare carrier, WestJet and is the airline’s second destination in Texas, as WestJet also operates twice-daily flights to Houston.

“WestJet’s new daily, nonstop air service between Calgary and Austin will enhance the already close ties that this city has with the state of Texas,” said Lucia C. Piazza, Consul General for Alberta, Saskatchewan and the Northwest Territories. “This service will allow Canadians easy access to the dynamic economy and flourishing cultural scene that Austin offers, either as a final destination or as a gateway to points beyond. Likewise, Texans will be able to enjoy increased access to Alberta to explore and do business.”

Including the just-launched destinations of Atlanta and Portland, these three key markets help diversify Alberta’s economy, open new trade links and forge stronger connections between Alberta and these major destinations. We are pleased to share our caring Canadian spirit with Texans once again.