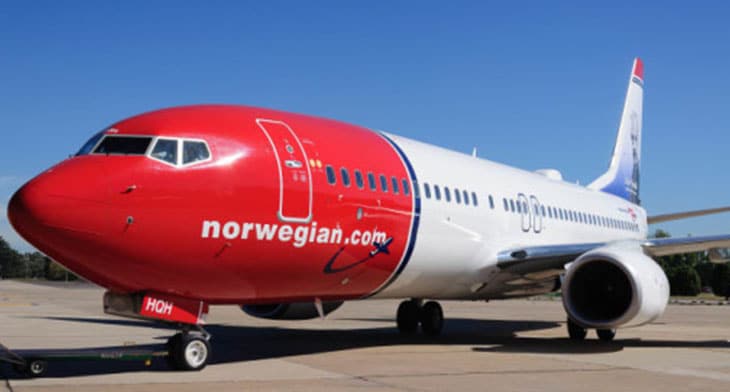 Following Norwegian Air Argentina’s inaugural flight from Buenos Aires’ Aeroparque Jorge Newbery Airport to Cordoba Airport on 16 October, airports across the country are preparing to welcome new services from the Argentinian subsidiary of the Norwegian Group.

Initially all operations in Buenos Aires will be carried out at Jorge Newbery Airport, with the airline expecting to have between 10 and 15 Boeing 737-800 aircraft operating in the country by the end of 2019.

However, by the end of this year Norwegian Air Argentina expects to be operating six routes connecting Buenos Aires with Cordoba, Mendoza, Iguazu, Neuguen, Bariloche and Salta.

Norwegian Air Argentina CEO, Ole Christian Melhus, described the inaugural flight as a “magnificent milestone”. He added that it will “contribute to increasing connectivity, stimulating tourism and creating thousands of new jobs in the country.”

Underlining how Norwegian’s investment in a local carrier underlines its commitment to the country, Guillermo Dietrich, Argentina’s minister of transportation agreed that it will “bring unprecedented connectivity to Argentina.”

He added: “From this day forward, many more people are going to be able to fly; air travel is no longer synonymous with privilege.”

Argentina represents the sixth domestic market for the airline group, which already has operations in Norway, Sweden, Denmark, Finland and Spain. The airline’s expansion is set to continue as it also has eyes on Brazil.