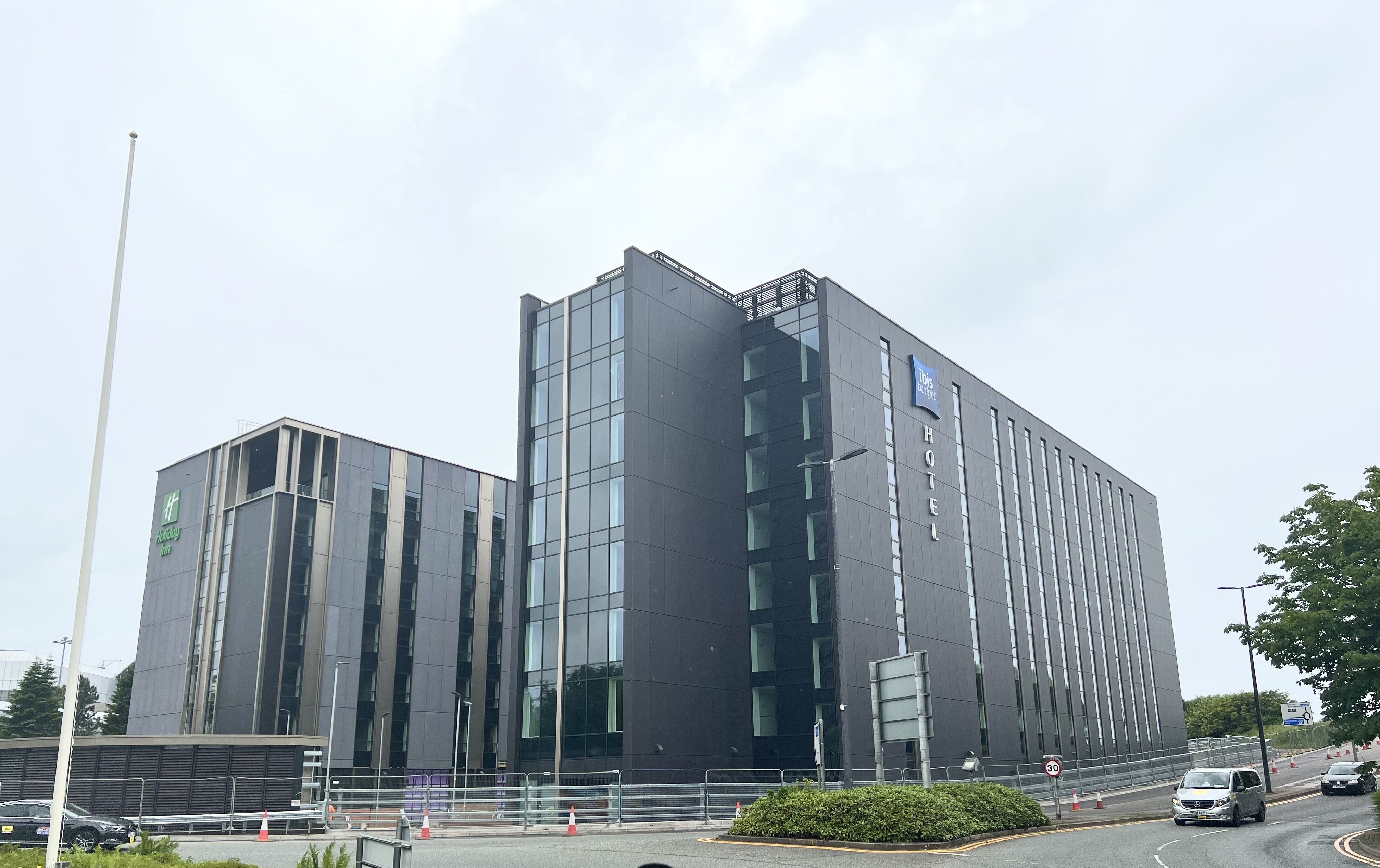 The construction of two new hotels at Airport City Manchester has been completed with the Ibis budget and Holiday Inn hotels due to open in August and September respectively. The two hotels will offer 542 beds and create around 350 jobs.

The two hotels will form part of a cluster of nine hotels, which once complete, will mean more than 2,400 new hotel rooms in close proximity to the airport.

“Reaching practical completion on both the Holiday Inn and ibis budget hotels is another great landmark moment at Airport City Manchester,” said Gareth Jackson, Group Property Managing Director at Manchester Airports Group (MAG). “They are the first in a series of global hotel brands which will provide a range of additional facilities and amenities to the airport campus, as well as providing a range of employment opportunities for local people.”

The next phase of development for the Airport City project is already underway with construction of a 12,300m2 TRIBE hotel with Jackson commenting, “Alongside works commencing on TRIBE, these new hotels highlight the continued progress being made at Airport City Manchester.”

Part of the Accor Group. the nine-storey TRIBE hotel is scheduled for completion in early 2024 and will feature 412 rooms and suites, a restaurant and bar, a gym and a crew lounge for airline staff.