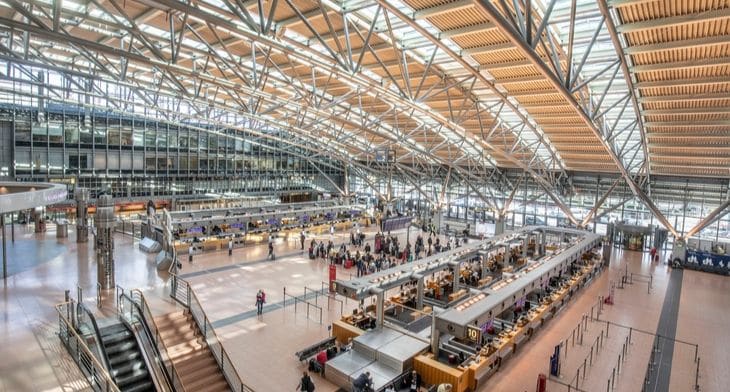 A number of airlines including Aer Lingus, Iberia, Tarom, Vueling, Aegean Airlines and LOT Polish Airlines are moving temporarily from Terminal 2 to Terminal 1 at Hamburg Airport. The relocation, which will take place during the night from 22 to 23 October, is due to construction work being carried out to renew the baggage transportation system in Terminal 2.

The work is due to be completed in May 2020 when the relocated carriers will return to Terminal 2. The existing baggage system is now around 25 years old, so the upgraded system will ensure that operations continue to be efficient and effective. Passengers travelling on teh affected airlines will need to check-in and drop off bags in the respective newly assigned terminal. Incoming baggage for passengers landing at Hamburg however will be processed in Terminal 2 where they can be collected.

Passengers with airlines that are not affected by the relocation are also requested to be at check-in two hours before departure, because the reduced number of check-in counters currently available may result in extended waiting times at peak periods.

In the process of the construction work, 10 new self-bag drop kiosks are being installed, to complement the existing 20 kiosks in Terminal 1. The airport is also increasing security by replacing the x-ray machines used to inspect baggage

During the current construction phases, check-in rows 9-10 and then 7-8 will be closed, so that the baggage conveyor system underneath these rows can be renewed. In parallel to this work, the airport is also increasing security by replacing the x-ray machines used to inspect baggage in Terminal 1.

And in the process of the construction work, ten new self bag drop kiosks are being installed in Terminal 2. Adding in the 20 kiosks in Terminal 1, this means that from mid-May, passengers will have access to a total of 30 kiosks for checking in their own baggage.