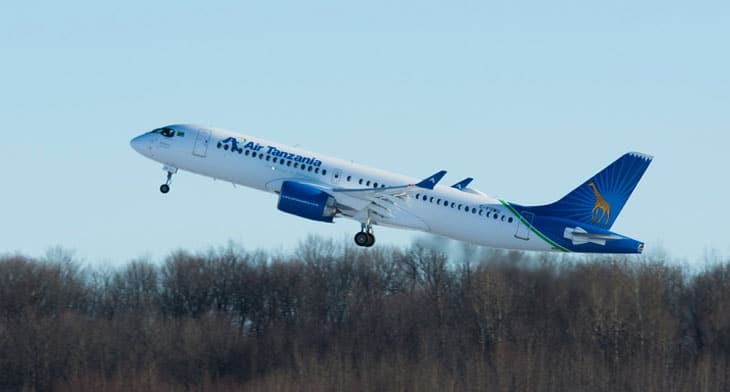 With new and existing African airlines expanding their reach across the continent, airports throughout Africa are celebrating their increased connectivity with hubs in East, Central and South Africa in particular welcoming new links.

Two months after launching its Dar es Salaam – Lusaka (Zambia) and Dar es Salaam – Harare (Zimbabwe) routes, Air Tanzania has announced that it will be starting a new link between Dar es Salaam and Johannesburg in South Africa. The new service is slated to start in July 2019.

The government-owned airline is based at Julius Nyerere International Airport in Dar es Salaam. It primarily operates on domestic and regional routes, but has ambitious plans to increase its network much further afield with its sights set on services to London, the UAE, Guangzhou in China and Mumbai in India.

Meanwhile in East Africa, RwandAir continues to add to its ever growing network, having launched three weekly direct flights to Kinshasa’s N’djili Airport in the Democratic Republic of Congo (DRC) on 17 April. In May, the Rwandan carrier plans to operate three additional night flights to the DRC capital.

“This new route will support our growth and increase our footprint in Africa,” said Yvonne Manzi Makolo, RwandAir’s CEO. “We also believe the addition of Kinshasa will boost business and strengthen commercial ties between the two countries,” she added. 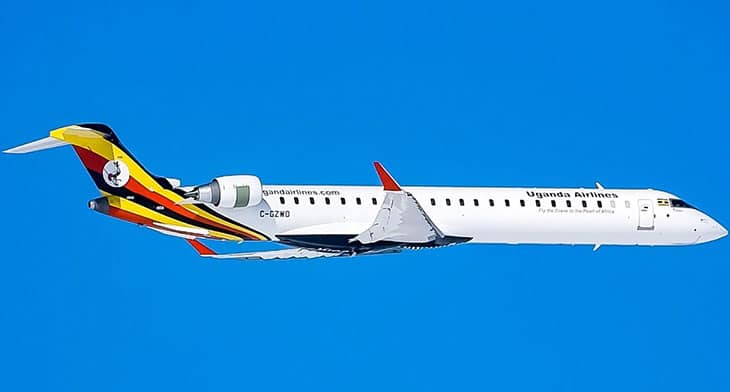 With Uganda National Airlines gearing up for its debut flight from Entebbe International Airport later this year, Bombardier has delivered the first two of four CRJ900 aircraft to the Ugandan carrier.

“We are thrilled to commence our operations with the world’s leading regional jet, and we look forward to providing the most modern passenger experience in regional aviation to the people of Uganda and across Africa,” said Ephraim Bagenda, CEO, Uganda National Airlines.

Early destinations for the carrier are due to include Kinshasa, Khartoum, Lusaka and Bujumbura. Plans to expand into Accra and Johannesburg are also in the pipeline.

During the delivery ceremony, which took place on 16 April at Bombardier’s Mirabel, Quebec facility, Bombardier’s president, Fred Cromer, congratulated Uganda Airlines on taking receipt of its first CRJ900 regional jet fitted with the ATMOSPHERE cabin. He also revealed that Uganda National Airlines has become the first operator in Africa with this enhanced cabin experience.

“The CRJ Series is recognised for its superior economics and efficiency and I am confident that it will be the stepping stone for the development of Uganda’s regional air travel,” said Cromer.