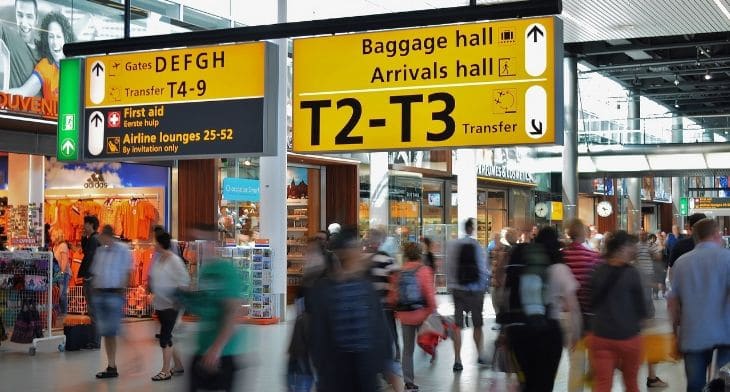 The Airports Council International (ACI) Europe has responded to the findings of a new report on airport charges by the European Commission.

The report evaluated the effectiveness of the current EU Directive on Airport Charges and recognised that the new market dynamics have resulted in increasing competitive pressures on airports of all sizes across Europe, limiting their market power.

“The Commission’s report has rightly identified the key drivers of increasing airport competition,” said Olivier Jankovec, Director General, ACI EUROPE. “From the relentless development of Low Cost Carriers and their move up market into primary airports to the multi-hub strategies of powerful Full Service Carriers and their alliances – and the expansion of a number of non-European carriers which are courted by airports globally.”

ACI Europe said the report points to airports in Europe “generally not being in a position to misuse any market power they may have” and adding that the report doesn’t validate airline allegations that airports exhibit excessive profitability levels, overcharge for the use of facilities, or that the ‘dual till’ system reflects excessive market power.

Jankovec continues that the Commission’s analysis revealed that “airports’ market power has significantly diminished in Europe over the past 10 years.”

“Today, 98% of European airports offer incentives and rebates to attract and retain airlines’ business and develop their connectivity. Surely, if airports did not face competitive pressures, they would not need to do that,” he said. “Similarly, the fact that at industry level charges paid by airlines only cover 80% of airports’ operating costs and do not even contribute to investment and capital expenditure is striking.”

The ACI also suggest that the report points to the ability of airlines to “exert dominance” on airports to “block or delay their investment in capacity of quality” which the ACI argue, allows them to limit airline competition and charge higher fares.

Despite concurring on much of the analysis by the Commission, the ACI Europe did raise concerns at what it argued was a disconnect between the analysis and some of the initial conclusions of the report, with Jankovec arguing, “If – as the report shows – the Commission is unable to prove and conclude that airports are able to misuse whatever market power they may still have, how can it consider at the same time that the risk of such market power being misused persists in any significant & systemic way?”

He continues: “It also shows that the Commission has not taken on board all of the implications of current national regulatory frameworks that go well beyond the principles set out in the Airport Charges Directive. Indeed, charges at most major European airports are already reviewed and set by national regulators. Subsidiarity is and should remain a prerequisite in this regard.”

Concerns were also raised at suggestions in the report that regulation is a solution for many problems, with the report suggesting objectives set by the existing Directive are largely being achieved, but more could be done with more prescriptive rules.

The airport association argues on the contrary that: “Experience across many industries in Europe shows that the best way to allow markets to operate efficiently and deliver better outcomes is actually for regulators to step back – and let commercial entities resolve their own supply agreements, under the protection of the EU’s robust competition rules.”

ACI Europe also considers sustainability and the Climate Emergency need to be part of the evaluation of the EU Airport Charges Directive, noting that aside from the need for airports to invest in full decarbonisation of facilities, “this issue is about ensuring coherence with the user pays principle.”