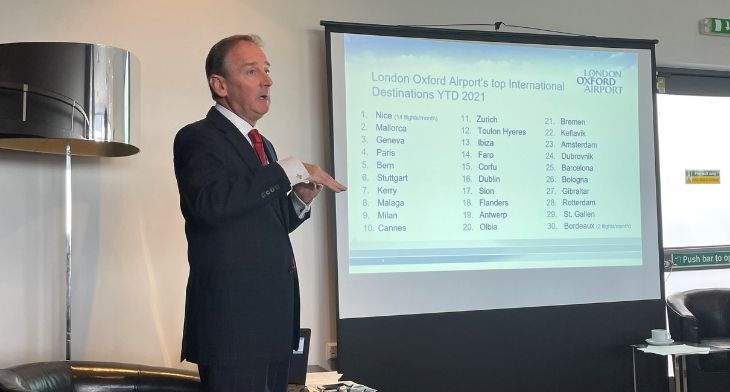 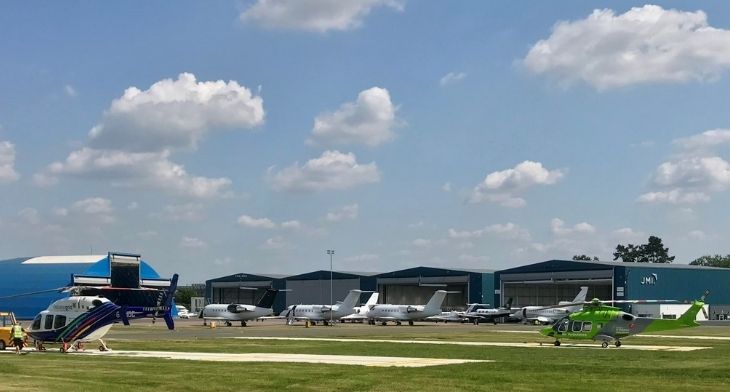 Having just experienced its busiest August in 15 years, James Dillon-Godfray, London Oxford Airport’s Head of Business Development declared that after all the uncertainty of the last 12 months, “Summer has been mad,” at the business and general aviation hub. He was speaking during a networking event being held by the British Business and General Aviation Association (BBGA) on Wednesday 29 September.

In August the airport saw its highest monthly movements (7,180) while in July it recorded its highest ever month in terms of fuel uplifts. The airport has exceeded pre-pandemic traffic levels and is currently experiencing 30% more movements than in 2019, both overall and in business aviation. 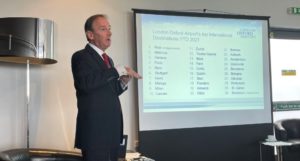 “Remarkably, our recovery, in percentage terms, climbed ahead of our London centric peer airports and we’ve been able to retain our position as the fifth busiest UK business aviation airport,” said Dillon-Godfray.

The airport has also climbed up in terms of its ranking for activity overall. Whilst pre-pandemic it was the 17th busiest airport in the UK, it has moved up and is currently the 10th busiest. It was also propelled into 59th position among Europe-wide airports this summer, handling more movements than many city airports including Lisbon, Stockholm and Copenhagen. “In March with UK airlines still crippled by restrictions, we found ourselves with the most unusual status – as the second busiest airport in the UK,” Dillon-Godfray added.

Set to exceed 7,500 movements in September alone, Dillon-Godfray also acknowledged that the majority of the traffic being served by the airport is by leisure passengers. Up until September, Nice led the list of a total 270 overseas destinations in terms of the most frequently flown to airport from Oxford, followed by Palma de Mallorca and Geneva. Meanwhile Mykonos and Athens in Greece saw the largest percentage growth this summer compared to 2020.

Movements over the summer have been further bolstered by a number of large group charters, operated in safe ‘bubbles’, all supported by pre-arranged on site COVID testing. Regular visitors through the airport’s OxfordJet FBO included customers flying to the Moto GP Italy and F1 Grand Prix, with Dillon-Godfray exclaiming “we’ve realised we’re part of Europe again!”

Professional pilot training has also seen an uptick at the airport with 37% more activity compared to 2019 levels. Leading Edge Aviation, which arrived in Oxford in early 2019, has grown its student intake to a 170-plus headcount. It was one of the first schools to re-open during the pandemic with students working in bubbles with their instructors.

Although London Oxford had to temporarily close the London Heliport (which it purchased in 2011) during the pandemic it has now reopened and helicopter traffic is picking up again. However, Dillon-Godfray did note that the lack of larger events until late summer has taken its toll on helicopter traffic and there has been a decline in those high net worth individuals who previously used to commute in from Oxford and the surrounding region to London via helicopter. However, the last five months have been much better than the same period in 2020 and ongoing expansion at Oxford has included the creation of seven new ICAO/ EASA/ CAA-compliant helipads.

Elsewhere, expansion plans at the airport have seen the near completion of a 63,000 sq.ft. hangar (Hangar 15), which is part of a £12m 2021 spend. Featuring two bays, including rear offices, stores and workshops, capable of accommodating up to six of the largest Bombardier, Gulfstream, or Dassault Falcon jet models simultaneously, the new facility is due to open in October.

A new airport café partner focused on sustainable, locally sourced produce is also due to open in October and will offer inflight catering. Elsewhere, £1m has also been invested in a new fuel farm, which provides four times the previous capacity, holding 170,000 litres of Jet A-1. It also has the space for two extra 85,000 litre tanks one of which could be used to store sustainable aviation fuel (SAF).

“We are keen to explore the introduction of SAF here,” as he acknowledged that supply, availability and demand is currently the big challenge. He does however expect this to improve in the coming years, “especially if we can encourage the big operators to take it and lead by example when it’s available.”

On the subject of sustainability, he also highlighted the need to “start exploring the infrastructure requirements for the the next-generation of hybrid-electric and eVTOL aircraft,” some of which he said “are just a few years away.” Four Pipistrel electric aircraft are planned to be based at the airport in 12 months time. Addressing the need to provide adequate power sources for battery charging, he revealed that plans are afoot to look at how the airport can generate its own renewable power with a bio power plant and large battery storage solutions.

In terms of commercial/ scheduled opportunities, Dillon-Godfray commented that there are no immediate plans to go down this route, but that possibly in the future the airport would be a convenient base for small electric aircraft offering domestic commuter services.

Other plans on the wishlist for 2022 and beyond include another hangar to mirror Hangar 15, a new fire station and ground handling ops centre, and new taxiway realignment (parallel to the north end of the runway).

And while Brexit has been a nightmare in terms of licensing, spares deliveries and EGNOS, Dillon-Godfray concluded that business is on the up and the future is looking bright at London Oxford.